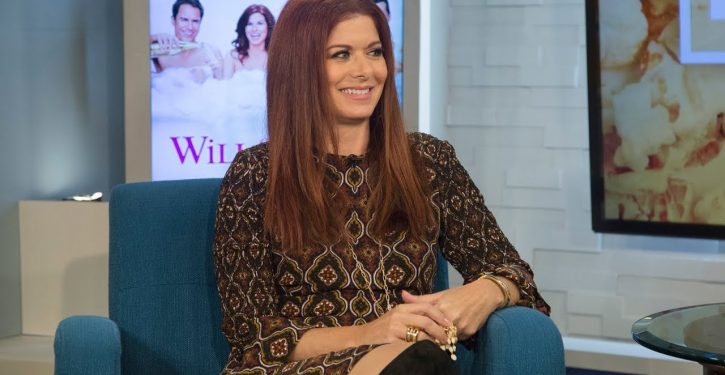 [Ed. – As with her fellow Tinseltowners, this is just something else to use to bludgeon a president she hates.]

Actress Debra Messing blamed Trump for the deaths of Americans killed by the coronavirus, citing a report that he allegedly ignored a warning from the U.S. Army.

Messing has been a longtime critic of the president and even called for a Hollywood blacklist of all his supporters in 2019.

Messing joins several other Hollywood voices who have blamed Trump for the coronavirus death toll, including Rob Reiner, Cher, John Cusack, and many others.

Reiner said earlier this week that Trump is a “sociopath” who doesn’t care if people are hurting or dying and also said that the president’s mental illness is “killing people.”