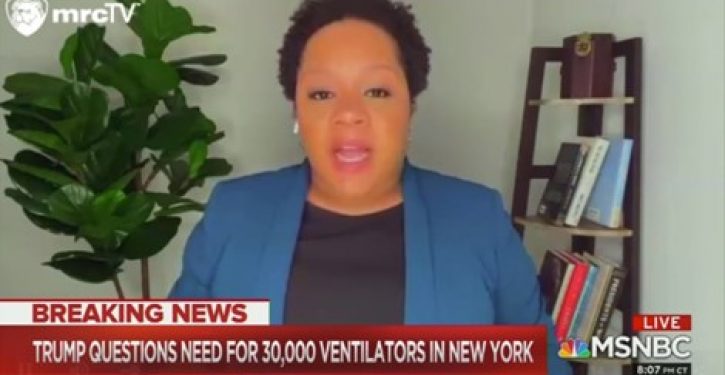 [Ed. – Her credentials as a reporter include the observation that if teachers are armed, they might shoot minority students.]

Basking in another contentious coronavirus White House press briefing, PBS reporter Yamiche Alcindor on Sunday night told MSNBC’s Ali Velshi that covering Donald Trump is a “team sport” for the press and that journalists must “have each other’s back” in opposition to the President. …

In a way, it’s refreshing for a reporter to admit that they see themselves as on the opposite team of Trump. Alcindor chided the President for moving back his estimates for opening up the country. …

Alcindor described her role as a reporter this way: “Stay forward, stay focused, be steady. … For me as a journalist, to hold presidents accountable and that’s what I did today.”

Of course, she’s rushed to the defense of Barack Obama and Hillary Clinton, so maybe this doesn’t apply to all politicians. For more on Alcindor’s back and forth with Trump on Tuesday, go here.