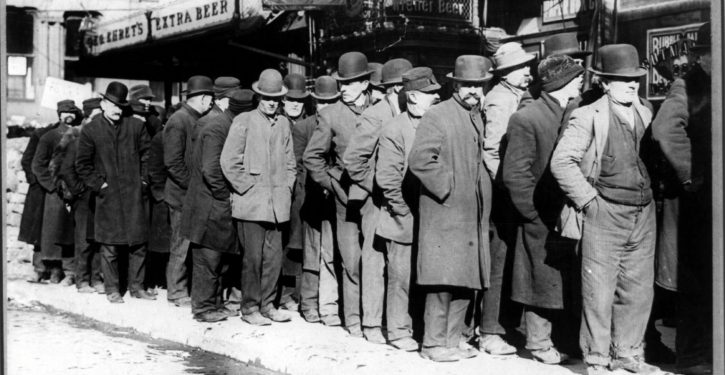 [Ed. – Fasten your seatblet; we’ll be experiencing some turbulence.]

Could the stalled economy we’ve inflicted on ourselves in our frantic efforts to battle the COVID-19 pandemic lead to civil disorder? History suggests that’s a real danger.

Around the world, high unemployment and stagnant economic activity tend to lead to social unrest, including demonstrations, strikes, and other forms of potentially violent disruptions. That’s a huge concern as forecasters expect the U.S. unemployment rate in the months to come to surpass that seen during the depths of the Great Depression.

“We’re putting this initial number at 30 percent; that’s a 30 percent unemployment rate” in the second quarter of this year as a result of the planned economic shutdowns, Federal Reserve Bank of St. Louis President James Bullard told Bloomberg News on March 22. Gross Domestic Product, he adds, is expected to drop by 50 percent.

N.J. man charged after throwing party with 47 people in his 550-square-foot apartment
Next Post
Poll: 15% of Bernie supporters will vote for Trump over Biden