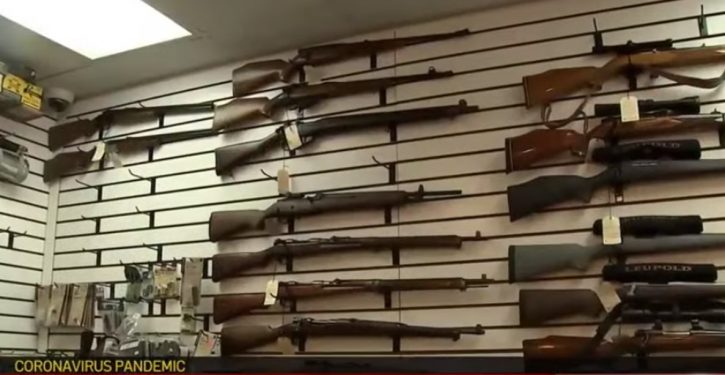 [Ed. – But don’t worry, there will be 1,300 more deputies on patrol, to make sure the public doesn’t have to put up with any rogue businesses trying to remain open.]

In a sit-down interview with FOX 11, Los Angeles County Sheriff Alex Villanueva declared gun stores as nonessential businesses that will be forced to close.

One clear message that Villanueva is sending, is on gun stores.

“We will be closing them, they are not an essential function,” Villanueva said. “I’m a supporter of the 2nd amendment, I’m a gun owner myself, but now you have the mixture of people that are not formerly gun owners and you have a lot more people at home and anytime you introduce a firearm in a home, from what I understand from CDC studies, it increases fourfold the chance that someone is gonna get shot.”

Pelosi, apparently with a straight face, warns against ‘poison pills’ in relief bill
Next Post
NYC to release 300 inmates from Rikers Island in response to coronavirus