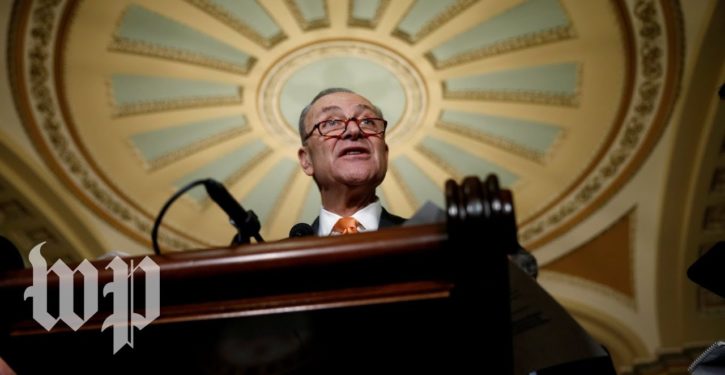 [Ed. – Here’s an idea: When Chuck Schumer and his minions vote on legislation, why don’t they pretend Barack Obama is still president and vote accordingly?]

Senate Democrats on Sunday blocked action on an emerging deal to prop up an economy devastated by the coronavirus pandemic, paralyzing the progress of a nearly $2 trillion government rescue package they said failed to adequately protect workers or impose strict enough restrictions on bailed-out businesses.

The party-line vote was a stunning setback after three days of fast-paced negotiations between senators and administration officials to reach a bipartisan compromise on legislation that is expected to be the largest economic stimulus package in American history — now expected to cost $1.8 trillion or more. In a 47-to-47 vote, the Senate fell short of the 60 votes that would have been needed to advance the measure, even as talks continued behind the scenes between Democrats and the White House to salvage a compromise.