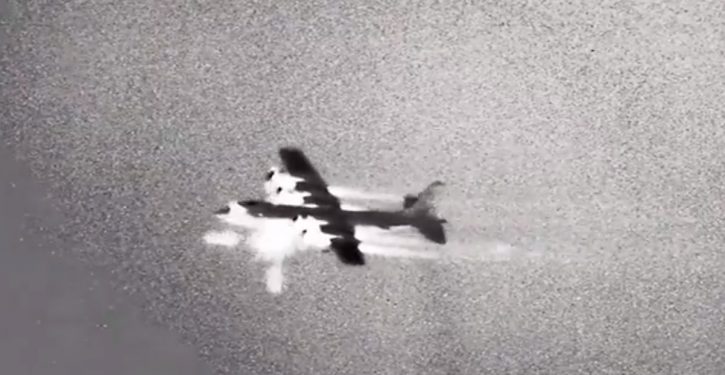 A joint exercise launched March 8 and 9 in the Persian Gulf involving the Cyclone-class Monsoon and the two aircraft [a P-8A Poseidon and  AC-130W Stinger II] was designed to see how well a surface patrol ship and a long-range spy plane could select targets in the Persian Gulf for a Special Operations Command Central gunship to blast to bits.

The scenario envisioned the U.S. forces providing maritime security, such as during convoy operations, in contested waters.

“… The addition of the gunship to the joint maritime battle significantly enhances our ability to detect, track, engage and defeat surface threats in order to control water space in the Arabian Gulf,” said Capt. Peter Mirisola — the commander of Destroyer Squadron 50 and Combined Task Force 55 — in a prepared statement released Sunday.

“The effectiveness of this joint capability to conduct maritime strike, reconnaissance and armed overwatch was clearly displayed during this live-fire event.”

‘I think I have a crush’ on Andrew Cuomo
Next Post
California: Newsom orders statewide ‘shelter-at-home,’ requests hospital ship in Port of L.A.