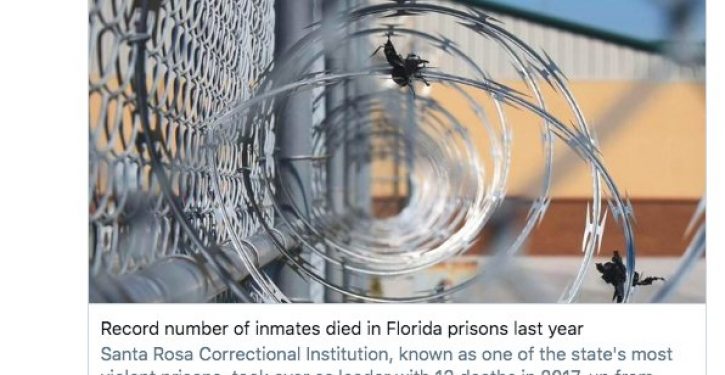 [Ed. – We know it sounds far-fetched in this case but where were the Clintons during this period?]

An Arizona correctional sergeant who blew the whistle on corruption and unsafe conditions inside a jail facility was found dead in an apparent suicide, officials confirmed to ABC News.

Gabriela Contreras risked her position at the former Lewis Corrections Department in Buckeye last April when she leaked surveillance videos that revealed multiple jail units had cell doors that did not lock properly.

Contreras initially turned over the videos and altered documentation regarding the broken locks anonymously, but came forward in an exclusive interview with ABC15 a month later.

The whistleblower was suspended for a week when she was caught downloading the videos.

“I had enough,” Contreras said during the May 2019 interview when asked why she downloaded and leaked the footage. “Because it’s a crime, what they were doing: allowing this to happen, allowing staff to get hurt, and not doing anything about it.”

Russiagate was never what it seemed. ‘What kind of show were they running?’ Part II (the Guccifer 2.0 angle)
Next Post
Canadian scientists believe they’ve made breakthrough on coronavirus