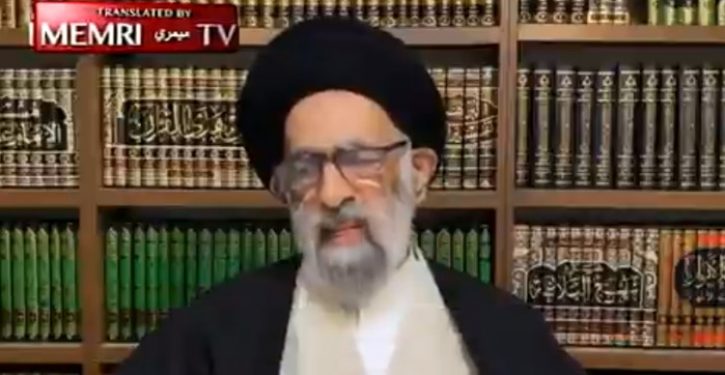 Shi’ite Iraqi Islamic scholar Hadi Al-Modarresi thought that the Wuhan Virus was divine and a tool by which God was smiting his enemies. He thought he would sit back as all of his beliefs were proven right as the virus swept across the lands of heathens. He thought he’d go untouched.

According to Memri.org, Modarressi went on a  rant on television calling the virus God’s punishment, specifically against China, for the government abusing Muslims. …

Now it’s being reported that Modarresi himself has contracted the virus. So I guess Allah is none too happy with him either.

Modarresi tweeted out that he has a marked improvement in health and also tweeted a picture of himself wearing a surgical mask.