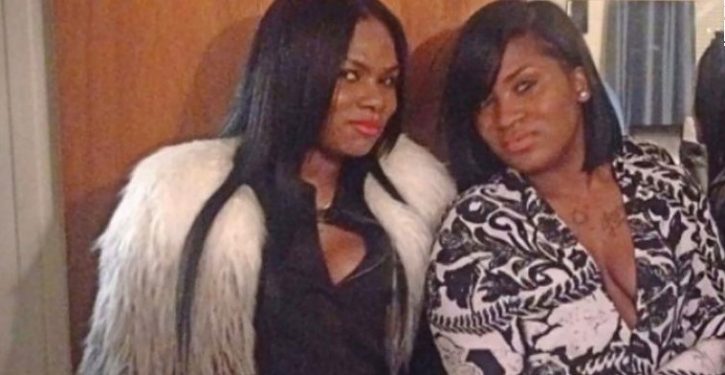 [Ed. – Not terribly observant, are they?]

Best friends Ashley Thomas and Latoya Wimberly have a lot in common.

As children, they had identical gaps in their front teeth, high cheek bones and the same complexion. They even wore the same size in shoes.

From music to fashion, they shared a lot of the same interests. And, at one point, they dated  brothers. It was an “unbreakable bond,” Wimberly told CNN.

They had met once before, but it was at a birthday party in 2004, when they were young teens in Philadelphia, that they “immediately clicked,” Wimberly said.

Seventeen years later, they’re still close — never having gone a day without speaking on the phone.

We’re “stuck to each other like glue,” Thomas said. For many years, they even referred to themselves as sisters.

In February, they learned they are exactly that — biological sisters.