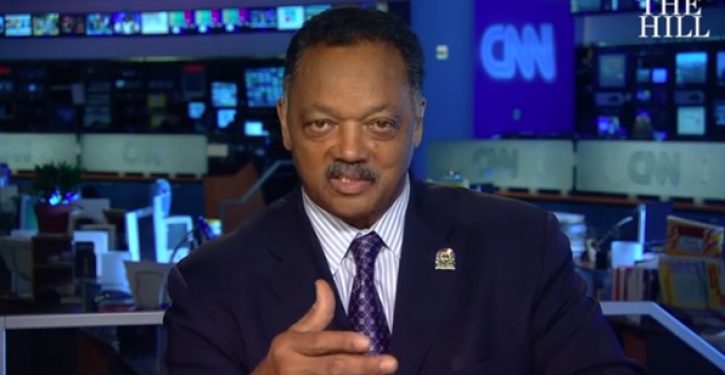 [Ed. – There’s a blast from the past. Who knew the shakedown artist was still around?]

“A people far behind cannot catch up choosing the most moderate path,” Jackson said in a statement. “The most progressive social and economic path gives us the best chance to catch up and Senator Bernie Sanders represents the most progressive path. That’s why I choose to endorse him today.”

Jackson said former Vice President Joe Biden’s campaign had not reached out or asked for his endorsement.

Jackson said the Vermont progressive answered the concerns of the black community in his support of voting rights and renewing the U.S. Civil Rights Commission. The civil rights leader plans to speak at a campaign event in Grand Rapids, Mich., on Sunday.

He said the “black firewall” has changed the dynamics of the election and that campaigns need to appeal to the black community.