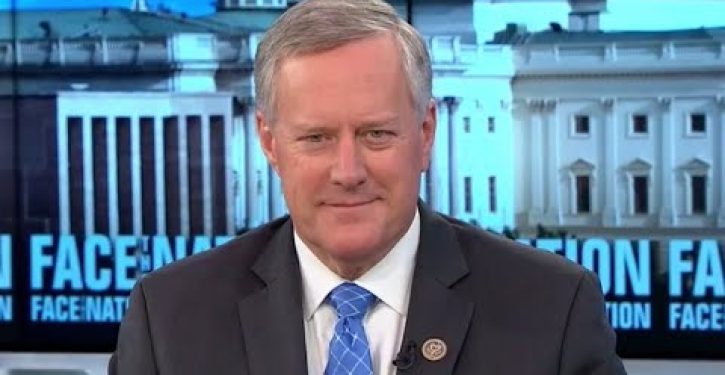 [Ed. – Very interesting.  One thing it’s a sign of is how few people there are on a list of trustworthy Washington hands.  Ideally, Trump wouldn’t pluck a Freedom Caucus leader out of Congress.  But Meadows’s district (NC-11) is relatively likely to send another solid representative of the GOP persuasion.  Meadows is a good messager and should start with a high trust level with Trump.  Personally, I’ll miss Mulvaney – but Northern Ireland won’t know what him ’em.]

Mulvaney, who was acting chief of staff for about one year, will become the U.S. special envoy to Northern Ireland.

I am pleased to announce that Congressman Mark Meadows will become White House Chief of Staff. I have long known and worked with Mark, and the relationship is a very good one….

States, delegates at stake in March 10 primaries
Next Post
The Left’s politicization of coronavirus backfires — bigly