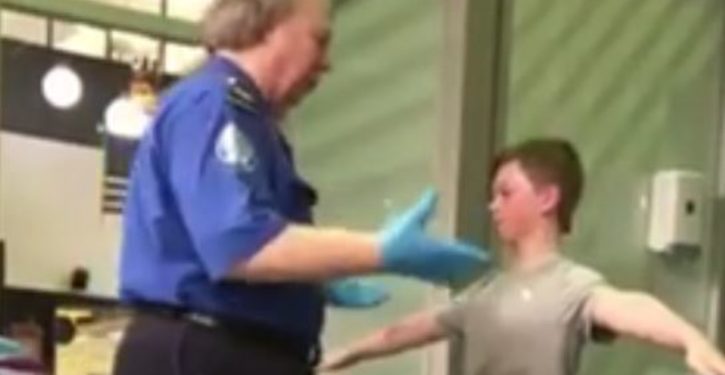 [Ed. – So these are the people who stick their hands down people’s shorts at airport security checkpoints, and tell Grandma she has to be inspected without her adult diaper.  Just a reminder.  The amendment did pass, BTW.  42 Democrats joined Republicans to vote for it.]

Despite their support for the #MeToo movement against sexual misconduct, 174 House Democrats voted against an amendment to the Rights for Transportation Security Officers Act that alters the way TSA disciplines and fires workers. The amendment divided Democrats on Thursday despite the fact that it was written by Democratic Rep. Lauren Underwood (Ill.). House Minority Leader Kevin McCarthy (R., Calif.) criticized liberal lawmakers for attempting to sabotage efforts to safeguard the public from sexual predators.

“[The amendment] was pulled back by leadership because the socialist wing of the party did not want to have that amendment go forward on this bill,” McCarthy said on Thursday. “When it was offered, overwhelmingly the majority of the House would like to see the TSA not hire terrorists or those who have been convicted of sexual misconduct with minors and others. But the socialist wing of the party, that controls now the Democratic Party, said that that could not be offered.”

About face? Romney now to support Ukraine subpoenas, under specific condition
Next Post
States, delegates at stake in March 10 primaries