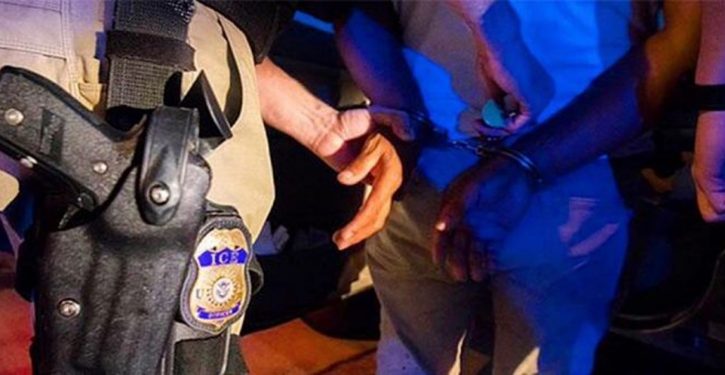 [Ed. – I suppose someone is now burning the midnight oil looking for ways to hit back at the Feds.]

Local officials were irate Thursday over the arrest by federal Immigration and Customs Enforcement agents of an individual as he entered a San Francisco courthouse for a hearing in violation of the city’s sanctuary law.

Both the San Francisco Public Defender and the District Attorney condemned the action on the steps of the courthouse on 850 Bryant St., and called on ICE to stop making courthouse arrests. Immigration rights advocates said it was the first time this type of courthouse immigration enforcement has occurred in San Francisco. …