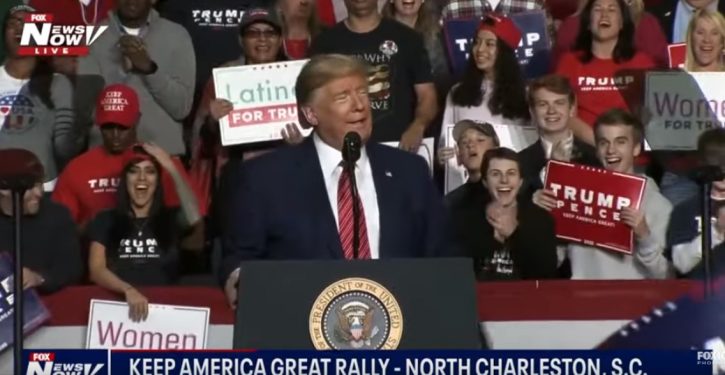 [Ed. – When all is said and done, the Democratic nominee will have to run against Trump’s strong economic record. That’s always been a game changer.]

A poll of registered black voters shows support for President Trump has increased  by 50 percent, and a large number are unhappy with the Democrat Party.

The far-left Politico does its best to play down how potentially important this result is, but as former White House Press Secretary Ari Fleischer perfectly put it: “[T]he real headline should have been: ‘Trump Triples McCain Vote and Doubles Romney Vote Among Black Voters.’”

In 2012, serial loser Mitt Romney only got six percent of the black vote. …

Trump trying to win over black voters, but he will fail
Next Post
Biden mangles Declaration of Independence, expresses optimism about ‘Super Thursday’