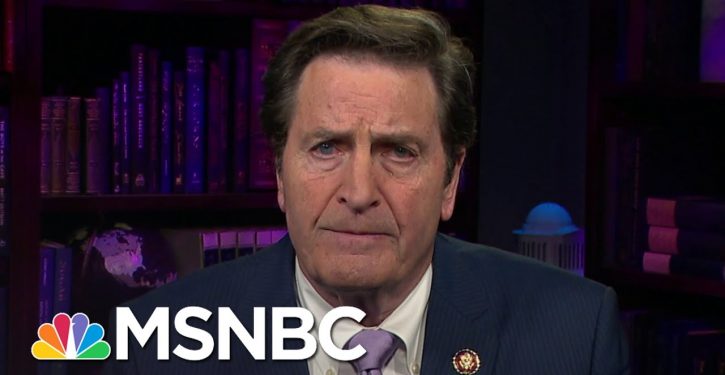 Surabian released the following statement, saying Garamendi’s comments “were beyond the pale”:

The outrageous remarks from Congressman Garamendi were beyond the pale and should be universally condemned by Republicans and Democrats alike. Almost as outrageous as the Congressman’s comments was the lack of pushback or condemnation from MSNBC host Hallie Jackson, whose silence about political violence aimed towards a member of the first family, was truly deafening. By threatening Don Jr. with physical violence on national TV, Congressman Garamendi made clear to everyone watching that he is better suited to represent Antifa than the people of California’s 3rd Congressional district. He should apologize immediately.

Aliens could face nearly $1,000 charge to appeal deportation orders
Next Post
Bloomberg: Chinese people ‘don’t seem to want’ democracy: ‘They like their system’