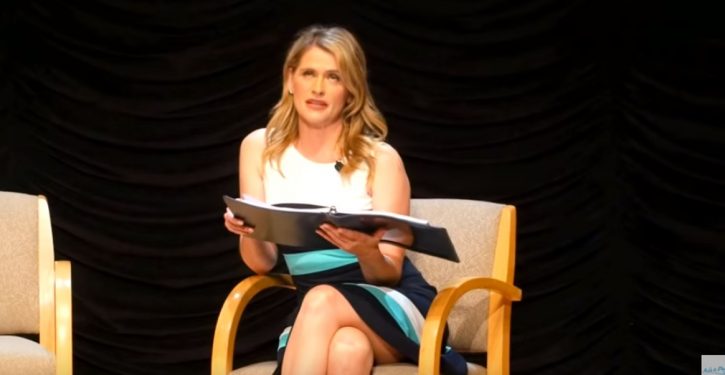 [Ed. – Apparently, Democrats are said to be beside themselves.  That sounds like advertising hype, but whatever.  Dean Cain and Kristy Swanson reportedly did a great job with the Strzok and Page roles in the initial one-off performance.]

This material [the Strzok-Page texts] is rich with irony and intrigue. Phelim McAleer, a conservative documentary filmmaker, thought it had dramatic possibilities. Last year he staged a play called FBI Lovebirds: UnderCovers that consisted solely of the secret text messages exchanged by Strzok and Page, as well as their congressional testimony under oath.

He hired Dean Cain, an actor famous for playing Superman on TV and Kristy Swanson, the actress who was the original Buffy the Vampire Slayer, to play the couple at a one-time-only performance at the Ronald Reagan Center in Washington, D.C.

The verbatim play was such a hit that McAleer is back for an encore. …

The Daily Kos calls the production “absolutely sickening” and has called for protestors at CPAC. … One blogger offered $100 to a fund to send “one lucky Coronavirus victim to CPAC.”