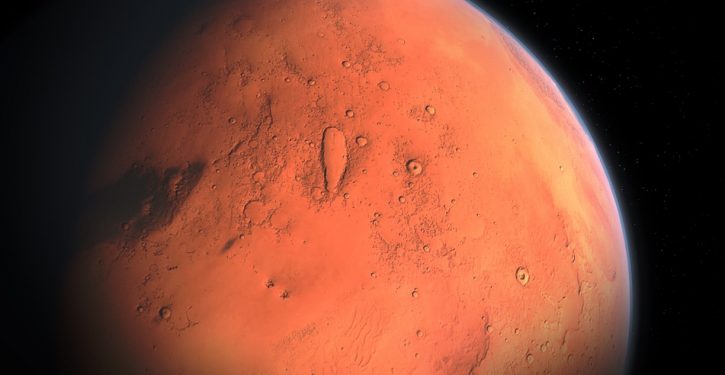 [Ed. – What we can’t know is if the detected activity differs from previous – relatively recent – levels of seismic events.  The Earth has recently experienced an increase in seismic volatility, which some scientists think is related to the solar minimum and very low electromagnetic energy coming from the sun.  It would be a big deal to determine if such an effect could also be demonstrated on Mars.]

A NASA mission on Mars has recorded evidence of seismic activity, including 174 seismic events across Mars–and 20 events with a magnitude of three or four. …

Evidence of seismic activity on Mars that surprised the NASA team is part of a suite of six studies, published Monday in the journals Nature Geoscience and Nature Communications, capturing those first 10 months.

“We’re using geophysics to probe the deep interior of Mars. For the first time, we’ve established that Mars is a seismically active planet,” said Bruce Banerdt, InSight’s principal investigator. “That activity is greater than that of the moon, but less than on Earth.”

To be clear, a four magnitude Marsquake doesn’t feel the same as it would on Earth because the events on Mars occur deeper beneath the surface than they do on Earth.