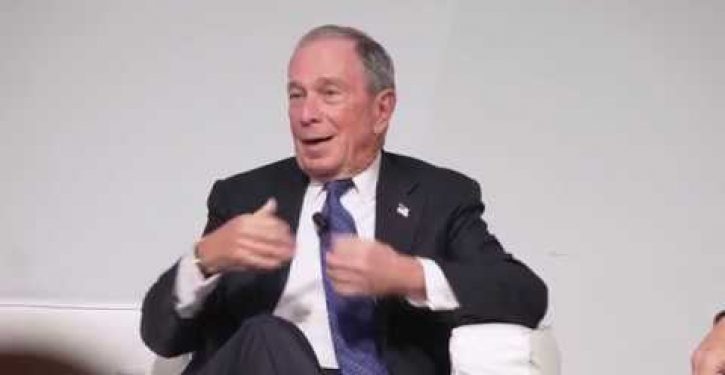 [Ed. – Wishful thinking. Bloomberg, even with his billions, couldn’t take down his shadow.]

It seems Michael Bloomberg entered the presidential race for at least two reasons: he wants to be president and he understands the importance of denying President Trump a second term.

His late entrance into the race, however, means every decision he makes is exponentially more consequential as the clock counts down to November 3. His strategy so far has been to spend — and spend some more — blanketing the media landscape with the message that he’s the best candidate to take on Trump.

In any political campaign, candidates need to know what they stand for, and who — or what — they’re up against. At this stage in the game for Bloomberg, that enemy is not Trump. It’s Sen. Bernie Sanders and the election calendar.

If Bloomberg wants to make it past the Democratic National Convention in July, his strategy needs to change –quickly.

After Nevada win, Sanders claims ‘uniter’ mantel
Next Post
Chris Matthews: Dems may be better off with Trump as president than Sanders