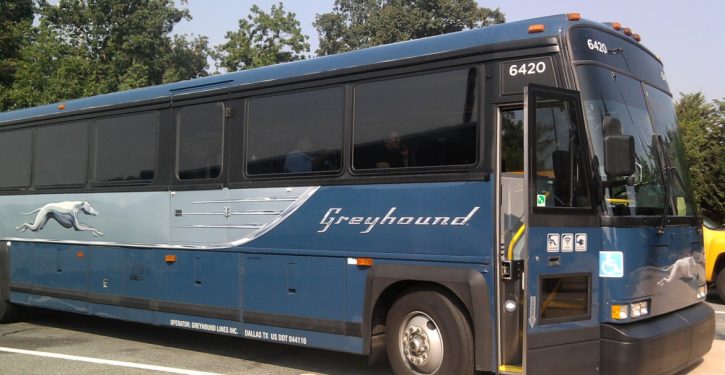 [Ed. – Read the article.  The media got hold of a document that indicated Greyhound can refuse bus checks without a warrant – contrary to a prior Greyhound claim. Greyhound was allowing the checks based on the company’s previous claim.  The public should of course know the truth.  But the bigger issue here is that it takes minor forms of subterfuge like this to enable the effective enforcement of immigration law.  That’s a travesty, and one that isn’t the fault of either Greyhound or the CBP.]

Greyhound, the nation’s largest bus company, said Friday it will stop allowing Border Patrol agents without a warrant to board its buses to conduct routine immigration checks.

The company’s announcement came one week after The Associated Press reported on a leaked Border Patrol memo confirming that agents can’t board private buses without the consent of the bus company. Greyhound had previously insisted that even though it didn’t like the immigration checks, it had no choice under federal law but to allow them.

In an emailed statement, the company said it would notify the Department of Homeland Security that it does not consent to unwarranted searches on its buses or in areas of terminals that are not open to the public — such as company offices or any areas a person needs a ticket to access.

Repeal FISA and reform the FBI and CIA
Next Post
Untraceable coronavirus cells show up in three countries, increasing fear of rapid spread