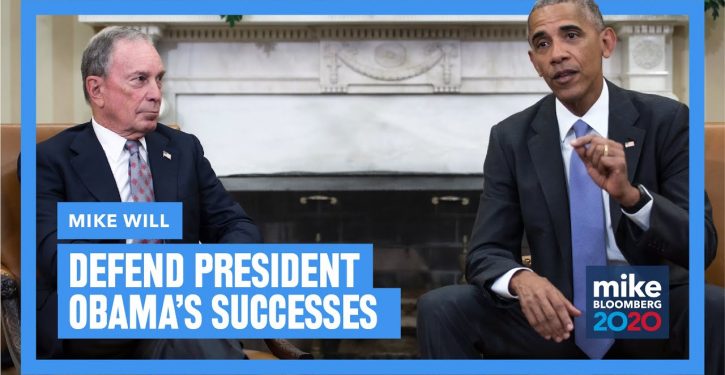 [Ed. – A pattern is beginning to emerge where Bloomberg is concerned. See also…]

The logic of the current Democratic primary contest dictates that Michael Bloomberg portray himself as Barack Obama’s true heir. And so, with Bloomberg’s vast resources, it has come to pass. A 30-second spot began circulating earlier this month that portrays Bloomberg and Obama as close allies. The spot pairs photos of the two together with encomiums from the former president. “I want to thank the mayor of this great city, Mayor Bloomberg, for his extraordinary leadership,” Obama intones at one point.

Obamaworld, with its long memory, was not happy. “I was triggered by the ad,” a former Obama official said. “The ubiquity of the ads is what bothers me,” Dan Pfeiffer, Obama’s former communications director told me. “Bloomberg didn’t endorse Obama in 2008, and in 2012 he offered a tepid endorsement that included parts that read like an RNC attack ad.”

Twitter CEO Jack Dorsey lied under oath to Congress
Next Post
In trashing law enforcement, Warren forgets she was once a ‘woman of color’