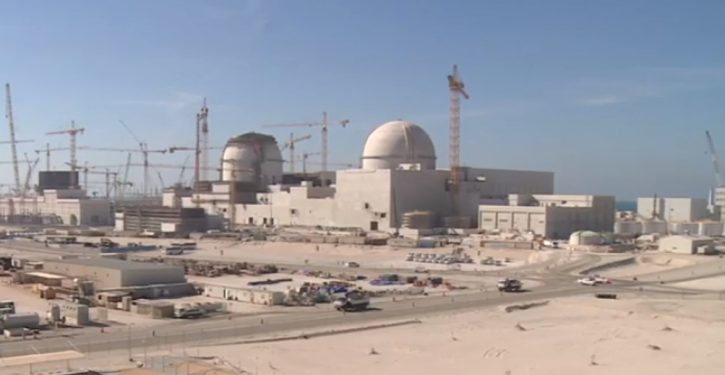 [Ed. – UAE has been working with South Korea on this 4-reactor project.  The reactors are “light-water” reactors with limited relevance to a weaponizable uranium cycle.]

The Barakah reactor, run by a joint venture with Korea Electric Power Corp., is now free to begin loading fuel and eventually begin full commercial operation over the next several months, Bloomberg reported, with other nations in the region, including Egypt and Saudi Arabia, taking steps to enter the nuclear sphere. …

The reactor is one of four that the UAE hopes to have up and running by 2023, with an estimated cost of $25 billion for all four. They are projected to collectively produce up to 5.6 gigawatts, nearly 20 percent of the country’s current generating capacity.