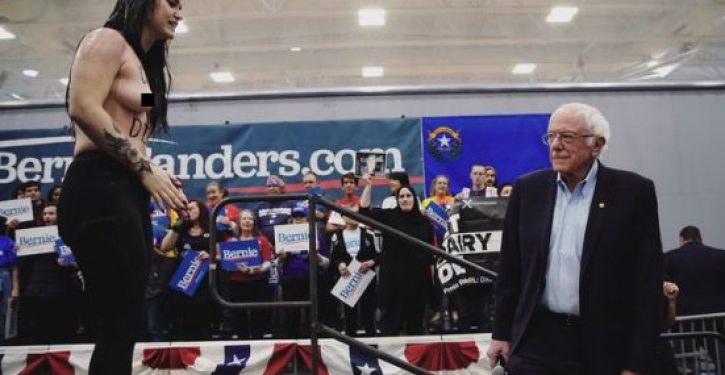 A group of protesters blew their tops — literally — as Sen. Bernie Sanders was campaigning in Carson City, Nev., on Sunday.

The Democratic presidential hopeful had just finished introducing his wife Jane O’Meara Sanders as “the next First Lady” when a woman walked up to the mic and started rambling about subsidies for the dairy industry, video posted to social media showed.

Two topless kindred spirits hopped onstage to join her. They poured milk on themselves and preened around the podium for just a few moments before security took the protesters away.

The crowd shouted “Bernie!” while some members screamed obscenities at the women.