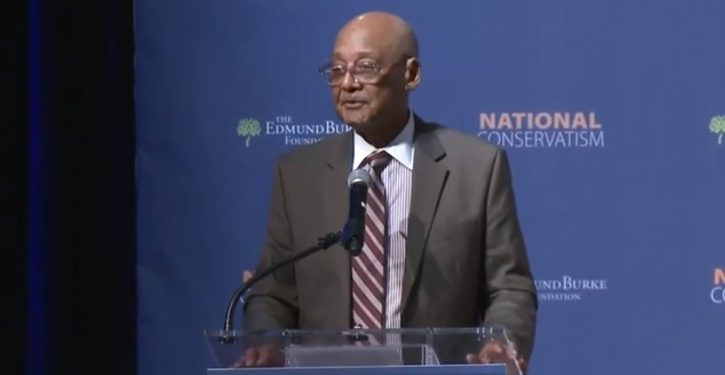 [Ed. – As Cole Carnick writes, this is a group led by African-Americans who don’t want a tendentious narrative about racism to instill resentment and victimhood in today’s black Americans.  We can hope that the 1776 Project will be a key facet of the better debate (previewed here) that should be prompted by the 1619 Project.]

A group of predominantly African-American academics, journalists, entrepreneurs, and community activists on Friday launched one of the most significant challenges yet to the New York Times’s controversial 1619 Project, which is named for the year slaves arrived in Virginia and argues that the United States was founded on racism.

Bob Woodson, a leader in the African-American community who has spent his career fighting to stave off the cycle of poverty and crime, argued on Friday that the 1619 Project’s message—that life outcomes for African Americans are shaped by the history of slavery and Jim Crow—is a “lethal” narrative that perpetuates a culture of victimhood in the African-American community. During the launch of his new 1776 initiative, named for the year America was founded, Woodson said the new group would challenge those who assert America is forever defined by past failures.