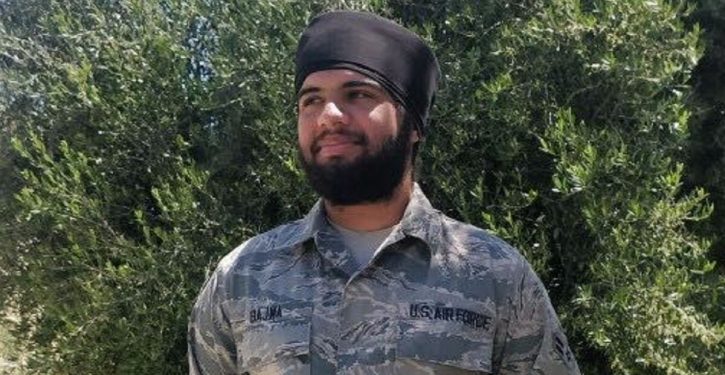 [Ed. – When does a uniform stop being a uniform?]

A new report by the Air Force Times reveals that the U.S. Air Force dress code will now allow hijabs, turbans, and beards for all of its Sikh and Muslim servicemen.

Previously, the Air Force permitted its servicemen to apply for religious accommodations, which were addressed on a case-by-case basis.

What are the details?

The news, released last week, revealed that U.S. airmen will be permitted to use religious exemptions in order to wear such items during active duty.

The guidelines stipulate that such items need to be worn in a “neat and conservative manner” and be in colors that closely resemble the airman’s uniform. No patterns are permitted unless it matches the traditional camouflage pattern of the military uniforms. The items must also be worn in a “manner that presents a professional and well-groomed appearance.”