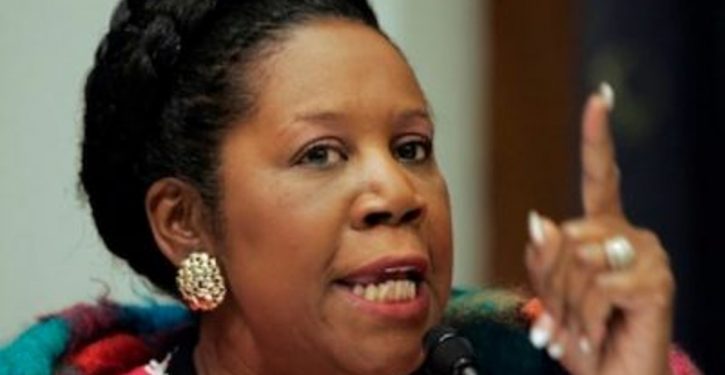 [Ed. – Evidently she was happier with Obama’s policy under which those on the government dole could remain there be practicing ‘work substitutes’ such as taking a nap or keeping a journal.]

Sometimes I look at these elected officials and I think … how on earth did this person ever get elected?

Sheila Jackson Lee is one of those people that makes me question our entire voting process. She’s just such a fool.

Lee lamented that this spring alone “over 700,00 people will likely lose food assistance, as states begin to implement the Trump administration’s expanded SNAP time limit.” She went on to try and explain how getting people off of government assistance and helping them get back to work is somehow linked to slavery.