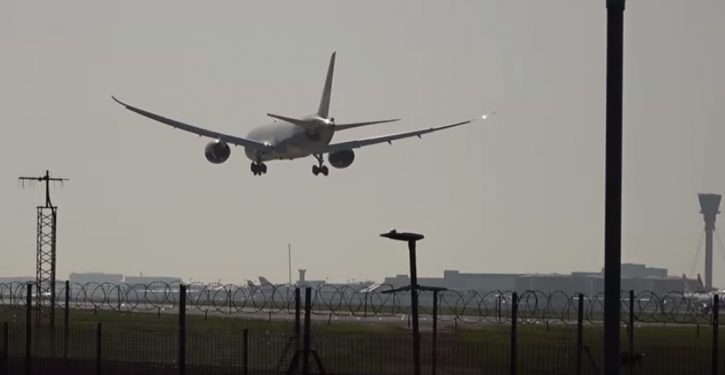 [Ed. – We’re not hearing much in the news, frankly, given the drastic measures authorities are starting to take. Even for a behemoth like Heathrow, that’s a freakin’ lotta planes on lockdown at the same time for a virus.]

Coronavirus fears sparked a lockdown of eight planes Friday morning at Heathrow Airport — including a flight from California — after passengers complained they were suffering from symptoms, according to new reports.

Passengers on United Airlines Flight 901 from San Francisco were told by the captain to stay put after landing because someone on board might be infected, the Daily Mail and ITV reported.

British passenger Andy West told the Mail the captain said they might not move for a while because “seven other planes” had suspected cases as well.