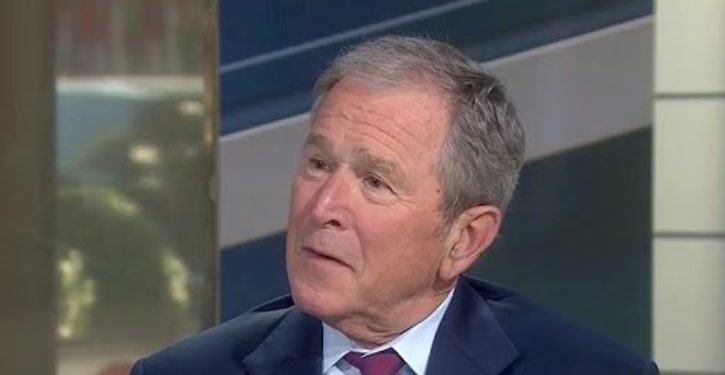 [Ed. – And now a word on what it means to be a Republican from Pres. ‘The Various U.S. Intelligence Agencies Failed To Share Information Leading Up To 9/11, So Let’s Create A New Government Agency.’]

George H.W. Bush also calls Trump a “blowhard” in the book, “The Last Republicans,” by Mark K. Updegrove, which was previewed by The New York Times and CNN on Friday.

“I don’t like him. I don’t know much about him, but I know he’s a blowhard. And I’m not too excited about him being a leader,” the senior Bush said, according to the author. He also commented on Trump’s “ego.”

“Wow, this guy doesn’t know what it means to be president,” the younger Bush said.