[Ed. – According to Haberman, Bloomie put down the wrong height on his driver’s license.]

A Michael Bloomberg adviser was cut down to size by a New York Times reporter Thursday after trying to claim the Democratic presidential candidate was not self-conscious about his height.

“The height thing is one of the few things that actually bothers the candidate,” Haberman said in a tweet.

In short order, the tweet drew the ire of Bloomberg senior adviser Tim O’Brien. “The ‘height thing’ actually doesn’t bother Mike, Maggie,” he shot back. “Size matters to Trump. But it’s the size of the deficit, the size of Trump’s ego, and the scale of our Constitutional crisis that do actually bother Mike.” 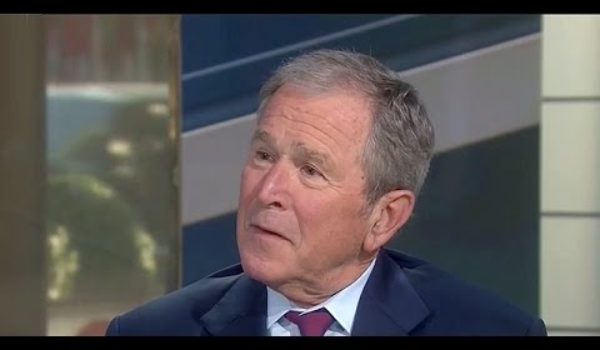 George W. Bush: ‘I’m worried that I will be the last Republican president’
Next Post
Jackson Lee: Trump’s new budget like ‘slavery’ because minorities will be encouraged to work