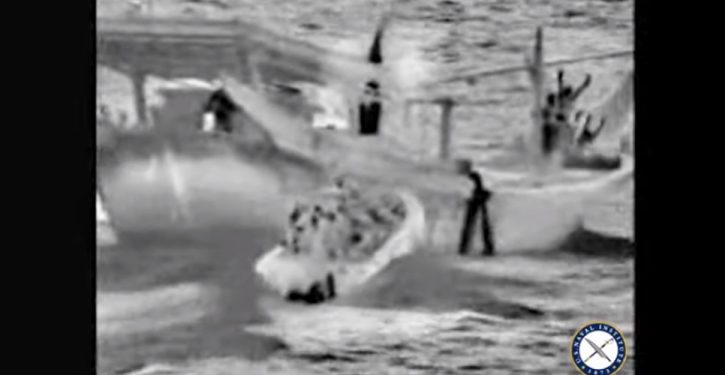 [Ed. – The mullahs apparently aren’t feeling enough of a pinch.  The good news: we’re interdicting the weapons flow instead of leaving it wide open for five years as Trump’s predecessor did.]

Ticonderoga-class guided-missile cruiser USS Normandy (CG-60) seized a cache of Iranian-made anti-tank missiles and other munitions aboard a dhow in the Arabian Sea over the weekend.

Normandy stopped the dhow while conducting maritime security operations over the weekend, in accordance with international law, according to a statement released Thursday by U.S. Central Command.

The seized weapons include:

Counter-battery: Docs show DNC agreed to work closely with developer on Iowa caucus app
Next Post
AG Barr: Trump’s tweets ‘make it impossible for me to do my job’