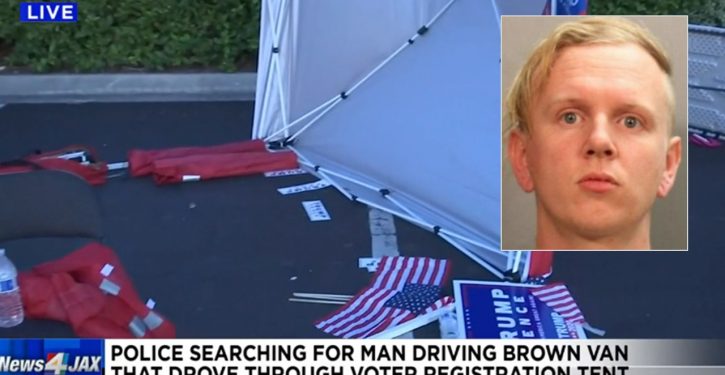 The man who is accused of deliberately driving his van into a tent where voters were being registered by local Republicans told the Jacksonville Sheriff’s Office his disapproval of President Donald Trump was a motivating factor, according to an unredacted arrest report obtained by News4Jax.

Gregory Timm, 27, was arrested hours after police said his van plowed through the tent …

According to JSO investigators who tracked him down, Timm admitted to purposefully driving into the tent because “someone had to take a stand.” …

The suspect told investigators he does not like President Trump and that was part of the reason he wanted to run over the tent, according to the arrest report.