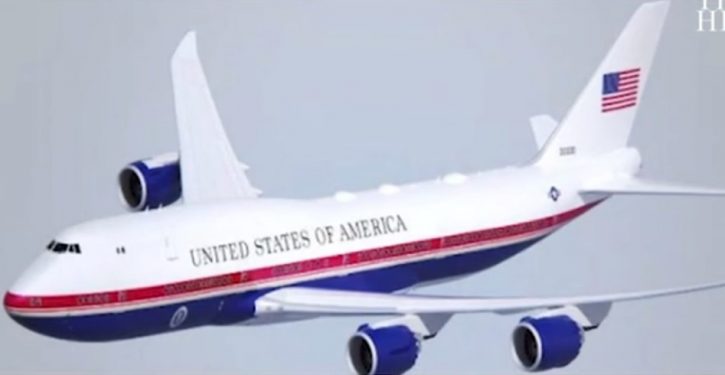 DOD via The Hill

[Ed. – As The Hill says, it looks like what Trump has been talking about.  Seems pretty classic. Thumbs up.]

The Pentagon on Monday revealed the final paint job plans for the revamped Air Force One presidential aircraft — a red, white and blue style reminiscent of the planes in President Trump‘s former airline.

The Air Force is requesting $800.9 million in fiscal 2021 for the “VC-25B Presidential Aircraft Recapitalization program.” It is meant to replace the current Air Force One aircraft with two new, modified Boeing 747-8s, according to the Trump administration’s defense budget request. …

Trump since 2018 has said he hopes to change the paint job on the new Air Force Ones, departing from the light blue and white scheme — designed by former President Kennedy and first lady Jacqueline Kennedy — for a new red, white and dark blue color scheme.