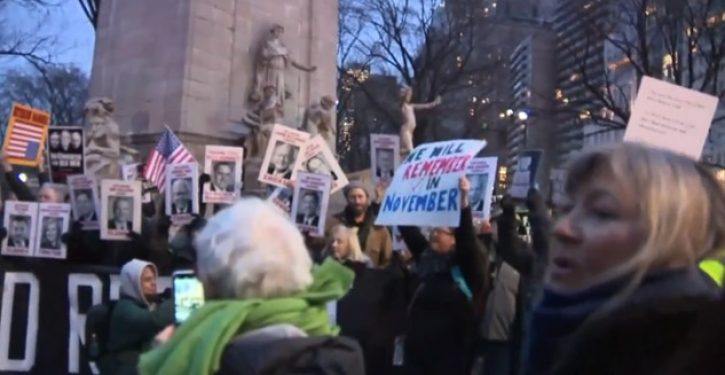 [Ed. – Those who were predicting the country would go back to normal after the impeachment, as it did after Clinton’s, were underestimating Democrats capacity to behave like petulent children when things don’t go their way.]

Eight people were arrested as New Yorkers took to the streets of Manhattan on Wednesday to protest the acquittal of President Trump.

Demonstrators gathered in Columbus Circle to express their anger and disappointment.

Eight people were arrested during the protest and charged with disorderly conduct.

The protest came following the senate’s decision to acquit the president on two counts of impeachment including: abuse of power and obstruction of congress.