[Ed. – The polls were not showing a Buttigieg surge last week, before the caucuses, so that’s very interesting.  The last one published had Bernie at 28% with a big lead over Biden, and Warren and Buttigieg with respectable showings in the mid-teens.  The one the Des Moines Register decided not to publish reportedly showed similar results.  The RCP average of polls had Sanders in the lead in the 20s, and Buttigieg around 16%.  So it’s interesting that we’re not seeing any real squawking about the results for Buttigieg.  Commentary seems focused on how Biden is dropping like a rock.]

With 62% of the precincts reporting, the delayed count supplied Tuesday afternoon by the Iowa Democratic Party showed that Sanders had won 26.3% of the total vote, ahead of 25.1% for Buttigieg.

But Buttigieg had the lead in delegates to the state convention, with 363 “state delegate equivalents” to 338 for Sanders. The discrepancy is likely accounted for by the fact that the caucuses allow voters whose first preference did not reach the 15% threshold to vote again for their second preference candidate. …

The fact that Sanders is winning in total votes but losing in delegates has fueled online irritation among Sanders supporters who are already suspicious about the “Shadow” app that allegedly caused the caucus vote totals to be delayed.

Buttigieg campaign paid caucus app firm over $40,000 for software rights and services
Next Post
The State of the Union is – Great Again 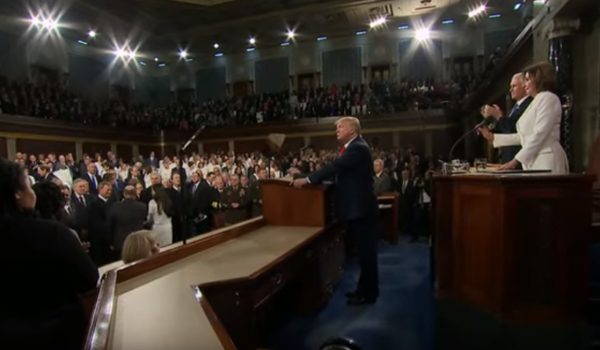