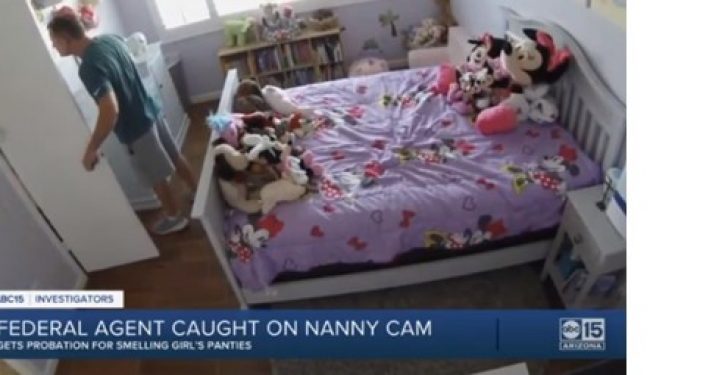 [Ed. – The deep state is into some kinky stuff.]

A former federal law enforcement officer, accused of having a sexual motive for smelling a girl’s dirty underwear in her bedroom, will be allowed to serve unsupervised probation.

While his real estate agent was in another room, Moon went inside a 3-year-old girl’s bedroom, according to a police report. He focused on the laundry hamper in the corner. He dug through the dirty laundry and pulled out what appeared to be the girl’s underwear.

Video shows, Moon appeared to hold the underwear close to his face and appeared to smell them. Minutes later, he returned to the bedroom for a second round with the preschooler’s clothing. When he leaves the room for the second time, he appeared to notice the nanny cam. He quickly covered his mouth and said “goddamn it.”

‘My party is a cult’: Republican Joe Walsh on his Iowa challenge to Trump
Next Post
Dems seeking the presidency are failing to take the pulse of America