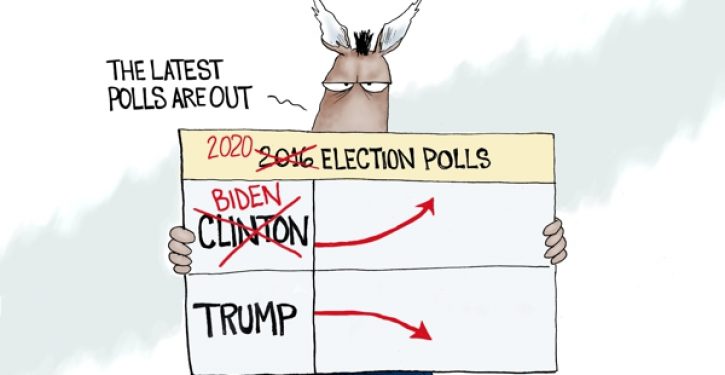 [Ed. – Somebody tampering with a poll? Heavens, who could imagine such a thing?]

Nothing is more important to the Register and its polling partners than the integrity of the Iowa Poll. Today, a respondent raised an issue with the way the survey was administered, which could have compromised the results of the poll. It appears a candidate’s name was omitted in at least one interview in which the respondent was asked to name their preferred candidate.

While this appears to be isolated to one surveyor, that could not be confirmed with certainty. Therefore, out of an abundance of caution, the partners made the difficult decision not to move forward with releasing the poll. The poll was the last one scheduled by the polling partners before the first-in-the-nation Iowa presidential caucuses, which are Monday.