[Ed. – As noted previously, where are the Dems who would be accusing him of ‘toxic masculinity’ if he played for the other side.]

For a politician, Joe Biden is fairly polite. All the same, the former vice president fancies himself a brawler. Hence his old daydream about getting into a fist fight with the current president of the United States.

If the elder statesman were a younger man, a much younger man, he wouldn’t have let Donald Trump get away with the kind of sexist vulgarity heard on the 2016 “Access Hollywood” video. How would the 77-year-old Democrat set the 73-year-old Republican straight? “If we were in high school,” Biden told University of Miami College Democrats ahead of the 2018 midterms, “I’d take him behind the gym and beat the hell out of him.”

It was blue collar and old school and scrappy, all the things that endear the candidate to a primary season electorate desperate for a champion to knock out Trump. … 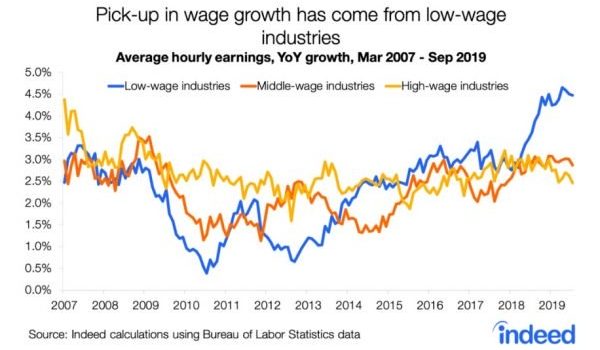