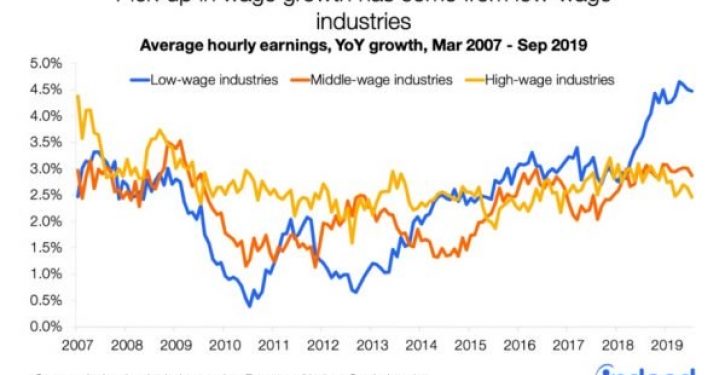 Democrats, at least the ones running for president, remain dismissive of the American economy and its record-long expansion. Joe Biden says the American middle-class is “getting crushed.” Elizabeth Warren’s preferred descriptor is “hollowed out.” And Pete Buttigieg says that the folks back in South Bend, Indiana, “aren’t measuring the economy by how the Dow Jones is doing, they’re measuring the economy by how they’re doing.”

But as every month passes and more jobs get created and real wages continue to rise, such campaign positions look a bit sillier and the candidates a bit more disconnected. At some point — assuming the expansion enters its 12th year next summer — Democrats might need to abandon their old playbook, the one that tells them to run against Republican presidents during good economics times by complaining about inequality.

Dershowitz: Pelosi wrong about forever impeachment; acquittal erases it completely
Next Post
Biden the brawler? Bring him on, some Dems urge