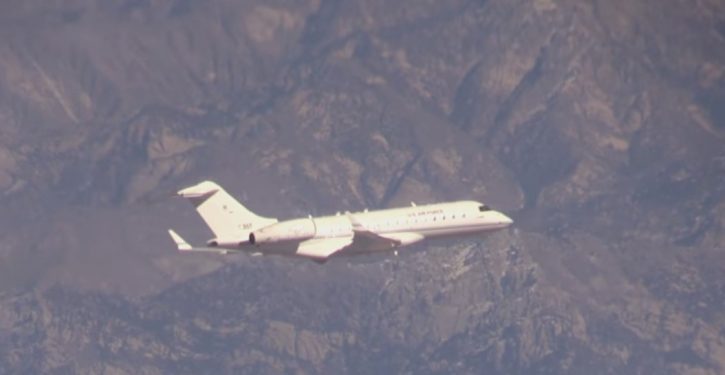 [Ed. – It’s not impossible.  The Taliban have had access in multiple ways — and for years — to the anti-aircraft weapons necessary for such a shootdown.  But the U.S. military is saying the Taliban were not involved in the aircraft’s crash.  The Drive observes that the tail number of the downed aircraft, seen in a local video, corresponds to a special-mission E-11A, used as a battlefield airborne control node (BACN).  Fox reports there were five souls on board, but there’s no information yet on two possible survivors.]

A plane which U.S. officials described as a small U.S. military aircraft crashed in a Taliban-controlled area of central Afghanistan on Monday, and the insurgent group claimed to have brought it down.

The U.S. officials, speaking on the condition of anonymity, said there were no indications so far that the plane had been brought down by enemy activity. One of the officials said there were believed to be fewer than 10 people on board.

Pictures and a video on social media purportedly from the crash site showed what could be the remains of a Bombardier E-11A aircraft. …

[Taliban spokesman Zabihullah] Mujahid did not say how fighters had brought the plane down. He said the crew on board included high ranking U.S. officers. A senior defense official denied that senior American officers were involved.