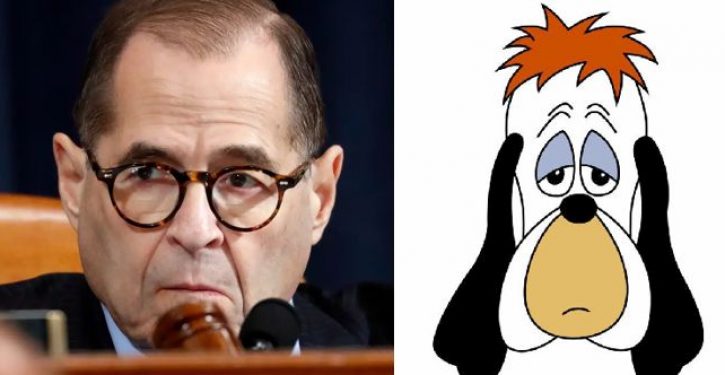 [Ed. – Usually, we agree with Turley’s musings, but we don’t think the Republicans are ‘striving for the constitutional equivalent of a hung jury’ or that Nadler’s insult was anything more than a dimwitted attack on the very people he’s out to convince.]

Both sides seem to be striving for the constitutional equivalent of a hung jury, not enough votes for either a bipartisan acquittal or conviction, simply the status quo. What is different is that you usually do not actually hang the jury in a hung jury strategy.

The most riveting example this week was the argument of House Judiciary Committee Chairman Jerrold Nadler, who stood in the well of the Senate and appeared to accuse Republican senators of a conspiracy to “cover up” the wrongdoing of the president. It was a moment that produced an audible gasp from the room, along with a note from Senator Susan Collins complaining to Chief Justice John Roberts, who then promptly declared that “those addressing the Senate should remember where they are.”