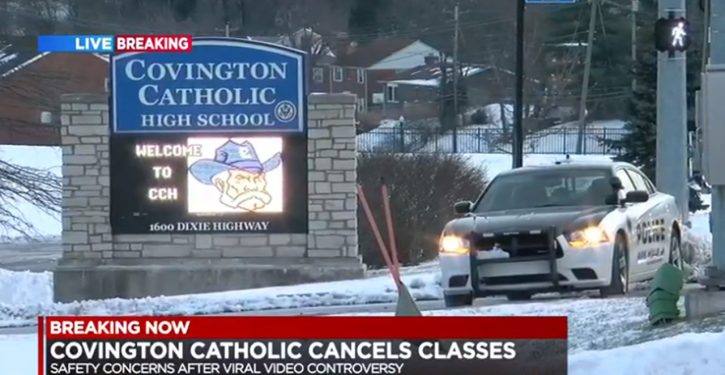 [Ed. – What a couple of tough years for the Covington Catholic students’ participation in the March for Life.  The death occurred in the car that collided with the bus. The story doesn’t describe the sequence of events or suggest where fault might lie.]

Campbell County police say one person died and several others were hurt following a crash between a charter bus and a car Saturday morning.

A Gold Shield Transportation charter bus and a car collided at the intersection of AA Highway and California Crossroads around 7 a.m., police said.

The driver of the car was killed.

Authorities say the charter bus was carrying Covington Catholic students who were coming back from the March for Life in Washington, D.C.

A source tells FOX19 NOW that one student had a bloody nose and a couple of chaperones had bumps and bruises.

Gowdy: Obama, Biden both relevant witnesses to Biden pressuring Ukraine in 2016
Next Post
The non-subpoena ‘subpoenas’: Reminder of why the second article of impeachment is bogus