[Ed. – Note that the threats alluded to in the report are coming from out-of-state groups.  This will be depicted as somehow characteristic of gun owners and gun-rights supporters, but Virginia doesn’t have a recent history of such threats from that quarter, nor is there a history anywhere in the U.S. of 2A rallies turning violent.  There’s more than a whiff of this being manufactured by outside groups of dubious nature and origin.  Antifa reportedly plans to rally “alongside” the 2A supporters as well, which is a red flag the size of the Gobi Desert.  A lot looks staged here.]

Fearing a repeat of the deadly violence that engulfed Charlottesville more than two years ago, Virginia Gov. Ralph Northam declared a temporary emergency Wednesday banning all weapons, including guns, from Capitol Square ahead of a massive rally planned next week over gun rights. …

Northam’s announcement comes days after Democratic leaders used a special rules committee to ban guns inside the Capitol and a legislative office building. That ban did not include Capitol grounds, which are under the governor’s control and are where thousands of gun-rights advocates are expected to rally Monday.

Northam decided to ban all guns from the grounds of Capitol Square after receiving reports for weeks about inflammatory online postings by out-of-state pro-gun and militia groups who are promising to attend Monday’s rally. 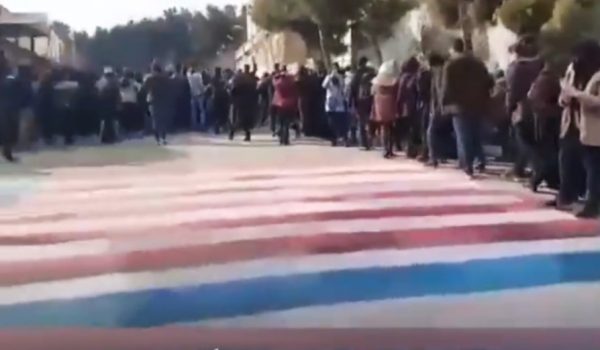