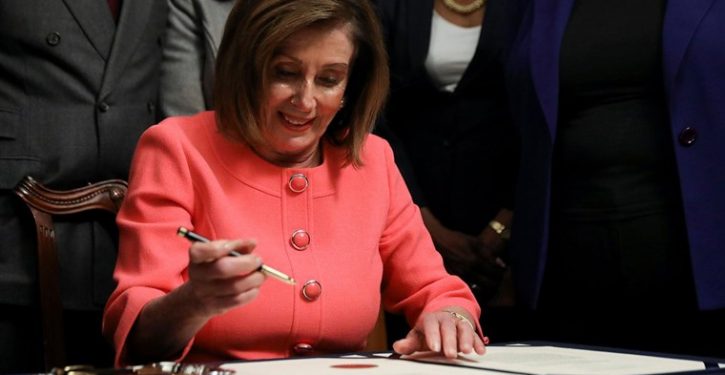 Pelosi grinning while signing off on articles of impeachment

[Ed. – If it’s not already illegal, then on what grounds are Democrats building their case?]

As the impeachment machine grinds toward a Senate trial, history tells us that it will be time-consuming, bruising, wrenching and divisive, causing the country to become dangerously distracted and leaving untold wreckage in its wake.

But there’s a way out of this morass.

Working with Speaker Nancy Pelosi and the House managers, Republicans and Democrats in the Senate should agree on a compromise that suspends the trial so Congress can produce meaningful bipartisan legislation to make clear that it’s illegal, going forward, for any president to use foreign governments to meddle in U.S. elections — something President Donald Trump attempted when he asked Ukrainian President Volodymyr Zelensky to investigate political rival Joe Biden in exchange for foreign aid. The current laws on this subject are not crystal clear, which is a large part of the reason this process has been a colossal mess. 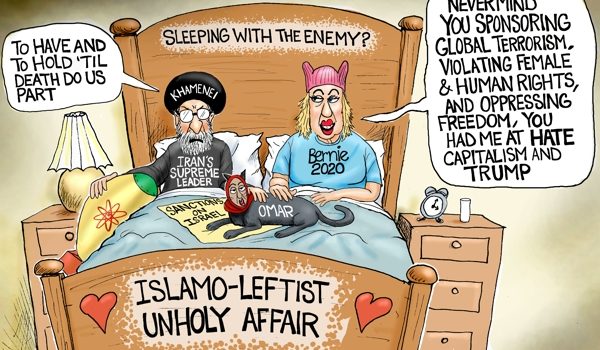 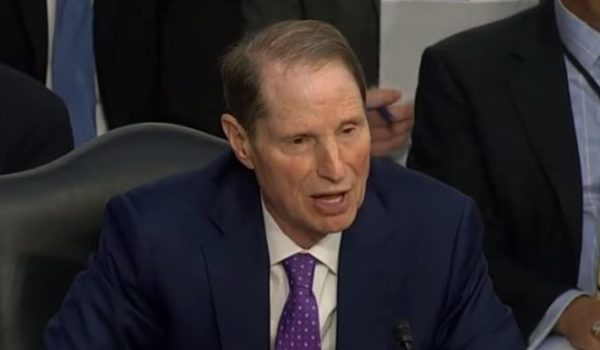