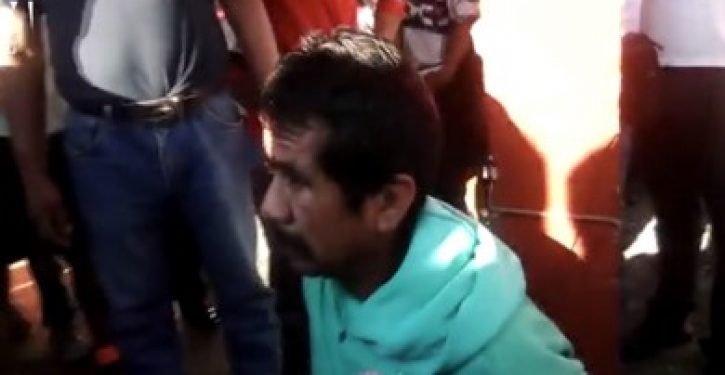 [Ed. – Beyond barbaric, even if the man were proven guilty (which he wasn’t) of a crime this grotesque.]

Alfredo Roblero, was accused of raping and killing a six-year-old girl named Jarid in Cacahoatan, in the southern state of Chiapas.

The child was reported missing on January 9 and her body was found the following day.

Footage shows him awaiting his fate while tied to a post, surrounded by villagers.

The girl’s aunt reportedly wanted to take the suspect to police but an angry mob told her there was no chance of him leaving the community alive.

According to local media Roblero was beaten and tied to a pole before petrol was poured over his body and set on fire.

Police reportedly arrived at the scene but were unable to save the suspect’s life.