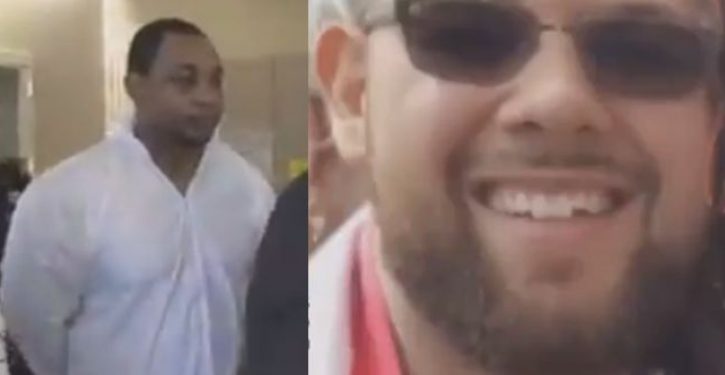 [Ed. – The Dems’ answer? To insert their fingers in their ears and begin humming.]

Due to New York Democrats’ “bail reform” legislation, Jordan Randolph, a 40-year-old man with a lengthy criminal rap sheet, was released without bail on Monday after charged with a DWI in connection with a crash that killed 27-year-old Jonathan Armand Flores-Maldonado.

Randolph, who has a history of drunk driving, was arrested and released without bail on January 1 — 11 days before Flores-Maldonado was killed — for not having a court-ordered ignition interlock device in his car, reported News 12 Long Island.

“The prosecutor told the judge during the arraignment that he would’ve asked for a substantial amount of bail if the incident happened before Jan. 1,” the outlet noted.

When the prosecutor requested a monitoring ankle bracelet, he was shot down by the judge, again, because of the Democrats’ new bail reform legislation. …