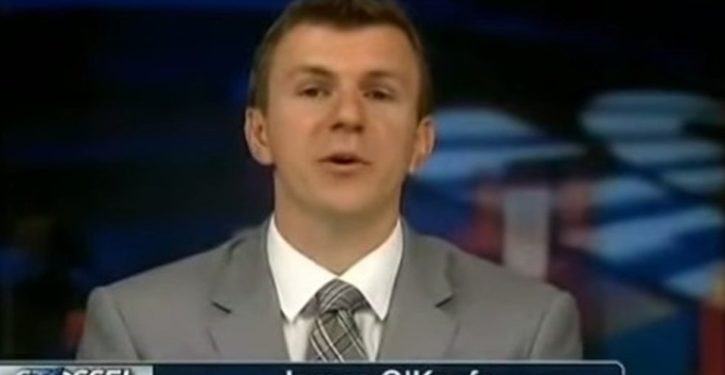 [Ed. – With the impeachment side show hogging so much of the news, it’s easy to lose sight of the fact that none of the Democratic candidates has been thoroughly vetted. Then again, knowing what the mainstream media have become…]

President Donald Trump and journalist James O’Keefe hinted on Sunday that something big is about to drop on Democratic presidential candidate Bernie Sanders as the 78-year-old socialist has surged in recent polls.

Trump tweeted, “Wow! Crazy Bernie Sanders is surging in the polls, looking very good against his opponents in the Do Nothing Party. So what does this all mean? Stay tuned!”

O’Keefe quickly followed up to Trump’s tweet, writing, “Stay tuned everyone. Something very big is going to happen. The first bombshell tape is going to drop this week.”

USA Today reported on Sunday that Sanders “is solidly second in most national polls behind Biden, and he either leads or is tied in recent polls in the first two states that vote, Iowa and New Hampshire.”