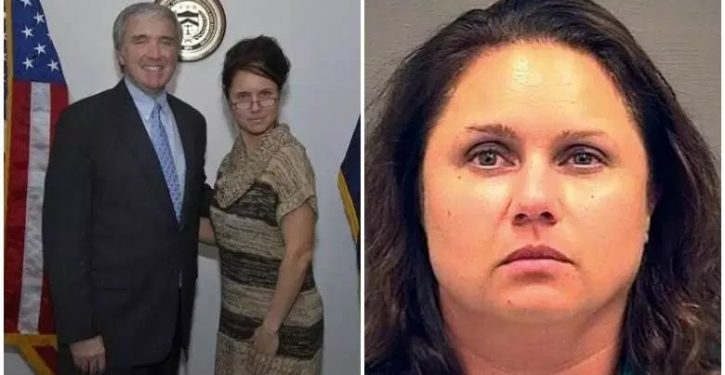 [Ed. – This is from an obscure earlier story we wrote about here. The plea deal names the persons whose information was exposed as Rick Gates, Paul Manafort, and the non-Trump-connected Maria Butina.]

A senior Treasury Department official pleaded guilty Monday in Manhattan federal court to one count of conspiracy in a case in which prosecutors accused her of disclosing sensitive financial transaction reports related to people tied to President Donald Trump and Russia, including former Trump campaign chairman Paul Manafort.

Prosecutors with the Manhattan US Attorney’s office had alleged that the official, Natalie Mayflower Sours Edwards, leaked the documents, known as Suspicious Activity Reports, to a reporter whom CNN has previously identified as working for BuzzFeed News. …

Prosecutors alleged in court documents that for about a year beginning in the fall of 2017, Edwards leaked reports concerning Manafort, his business associate Rick Gates, the Russian Embassy and convicted Russian spy Maria Butina, among others.