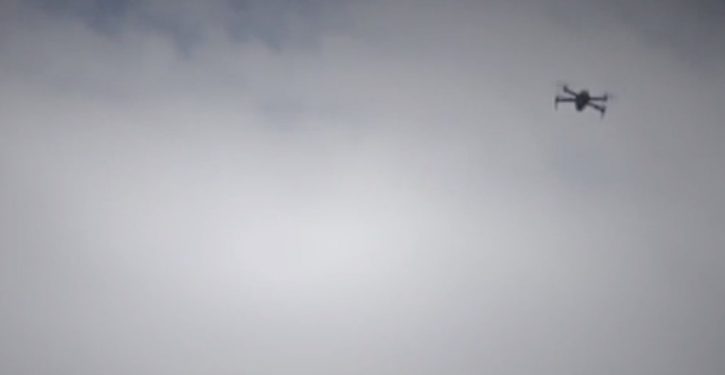 [Ed. – This seems fanciful.  There are dozens of independent reports now, of a continuing phenomenon attended by video evidence.  I would more readily believe that a government agency is operating the drones, without clarifying that to the public, than that half a dozen or more government agencies are cooperating to pretend there are drones, in order to deceive and manipulate the public.]

A seemingly minor detail lacking from these reports is that there’s precious little evidence these drones actually exist. …

[T]his lack of evidence has not been lost on drone hobbyists and advocates. They have seen this play before.

Alkalay pointed out there is a long history of the media accepting drone sighting claims without much rigor, only for investigators to later determine that whatever was seen was not a drone at all. …

[T]he most popular theory is that the timing is just a little too coincidental with a recently proposed FAA rule that would require drones to be identified remotely using a unique identifier and GPS coordinates sent via cellular signal to a central database, which many enthusiasts worry will ruin their hobby. What a great way to drum up support for such a policy, these posters suggest, than a nationally covered drone mystery.

Rapper Cardi B considers run for Congress: ‘I deadass have sooo much [sic] ideas’
Next Post
Virginia death tax would be fairly narrow