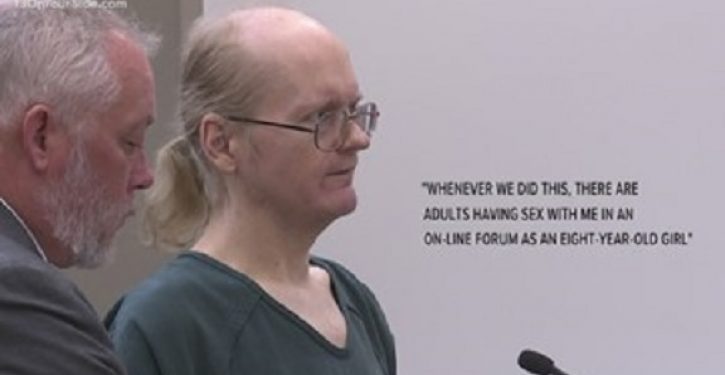 [Ed. – He is claiming that his materials are protected by his First Amendment rights.]

A convicted sex offender who says he identifies as an eight-year-old girl will spend at least a decade in prison for dozens of images of child pornography found on his home computer.

Joseph Gobrick, 45, claims the images were computer-animated and protected under the First Amendment.

But police said eight child victims were identified in the pornography recovered from Gobrick’s computer.

Some of the images depicted children between the ages of infant and five years old being sexually assaulted, court records show.

“Even during the trial, the defendant continued to draw, talking about raping babies in the Kent County Jail and making other statements.”…

For transgender men, pain of menstruation is more than just physical
Next Post
Ilhan Omar tries to explain why sanctions on Iran are bad but sanctions on Israel are good