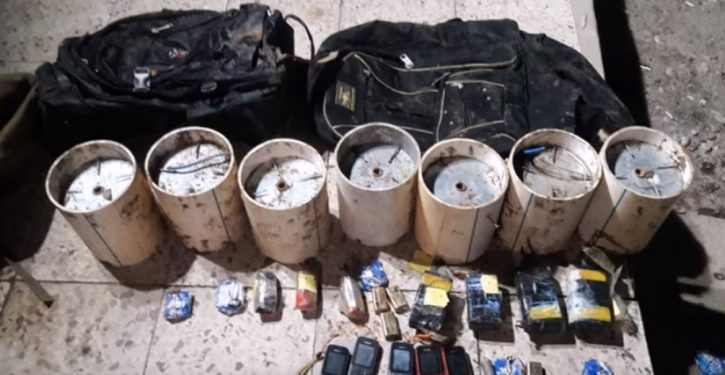 [Ed. – A ground-up effort, apparently. At least there was poetry involved (as with, we are told, the terrorist exertions of Qasem Soleimani).]

Earlier today, at the federal courthouse in Brooklyn, New York, Asia Siddiqui was sentenced to 15 years’ imprisonment by United States District Judge Sterling Johnson Jr. for her role in planning to build a bomb for use in a terrorist attack in the United States. Siddiqui and her co-defendant, Noelle Velentzas, pleaded guilty on Aug. 23, 2019, to a charge of teaching or distributing information pertaining to the making and use of an explosive, destructive device, or weapon of mass destruction in furtherance of a planned federal crime of violence.  Velentzas is awaiting sentencing.

Between approximately 2013 and 2015, Siddiqui and Velentzas planned to build a bomb for use in a terrorist attack in the United States. In furtherance of their plan, the defendants taught each other chemistry and electrical skills related to creating explosives and building detonating devices, conducted research on how to make plastic explosives and how to build a car bomb, and shopped for and acquired materials to be used in an explosive device. …

Siddiqui’s interest in violent terrorist-related activities was reflected in her written submissions to a radical jihadist magazine edited by Samir Khan — a now- deceased prominent figure and member of the designated foreign terrorist organization al-Qaeda in the Arabian Peninsula (AQAP).  In a poem called “Take Me to the Lands Where the Eyes Are Cooled,” Siddiqui wrote that she “taste[s] the Truth through fists and slit throats” and that there is “[n]o excuse to sit back and wait – for the skies rain martyrdom.”

Chris Matthews: For Iran, Soleimani’s death like Elvis, Princess Diana
Next Post
Pelosi trade-off: Her ‘responsibility to save our country’ comes before football