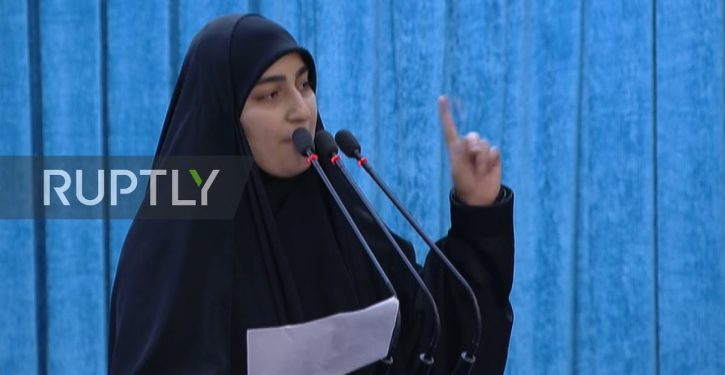 [Ed. – According to Voice of America, she’s an American citizen. Interesting.]

As huge crowds filled the streets of Tehran on Monday for the funeral of Iranian Maj. Gen. Qassem Soleimani, his daughter issued a chilling warning.

“Families of the American soldiers … will spend their days waiting for the death of their children,” Zeinab Soleimani said, according to NPR.

Warning of a “dark day” for the US, she added, “Crazy Trump, don’t think that everything is over with my father’s martyrdom,” Reuters reported.

The crowd cheered as she issued her threats, according to NPR.

An Iranian eulogist speaking at funeral events on Sunday offered an $80 million bounty for the assassination of President Donald Trump.

“We are 80 million Iranians,” the eulogist said, according to Newsweek. “If each one of us puts aside one American dollar, we will have 80 million American dollars, and we will reward anyone who brings us [Trump]’s head with that amount.” 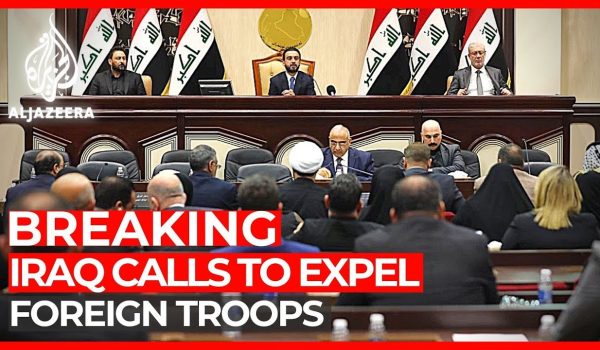 Kuwaiti journalist claims Iraqi State has not officially voted to eject U.S. forces from Iraq
Next Post
Impeachment and the significance of member oaths